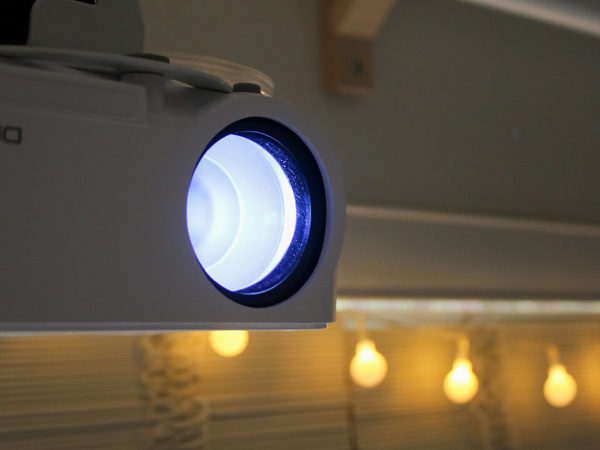 With all this unexpected family time, I thought it would be nice to have some fun family movie nights. Bring on the popcorn! But it’s hard to find wholesome movies for older kids and tweens.

I have two boys (ages 7 and 9) and a girl (5). Here are our top 15 fast-paced, non-Disney-animation picks that parents will love too. AND how to watch free!

UPDATE: I keep coming back and adding more, so pin this one ;)

Clean. No cussing or dark plot lines. Here are two sites I use to check out a movie before we watch it. I’ve linked each film below so you can see how they are rated. You can see the language, violence, sex and anything else you are concerned about:

They won’t watch older movies. Oh my, how I have tried! If your kids will, you have all kinds of options: Mary Poppins, Sound of Music, Chitty Chitty Bang Bang …

Fast-paced. The long dramatic pauses or long periods without something funny or plot lose interest fast around here.

New or new to us. For a special movie night, it’s preferable to watch something they’ve never seen to get them involved and keep every one seated! Just us?

Alternatives to top Disney movies. There are fantastic Disney blockbusters, but for movie night don’t work as well just because we’ve all seen them one or 17 times. “Into the unknown …” haha, sorry, couldn’t resist. But just in case, our favorite classic animated movies are:

Grown-up friendly. We want to be able to enjoy watching too!

Let’s get started! Here are our family faves:

This movie is seriously so cute. I have watched it six or seven times and wouldn’t mind seeing it again. I know there are two girl names in the title by both my boys love this one. I’m not sure why this one is 6+, maybe because the plot will lose little kids??

This movie is fun and whimsical — such an imaginative set and stylized cinematography. It can get a little dark with Nicole Kidman’s taxidermy scenes. The second one is as cute as the first.

This one is one of the best on the list. It’s got music and jokes and hilarious scenarios. One of our favorites for sure.

This has to rank at the top for family-friendly movies. Kids love the animals coming to life and adults can’t help but laugh at Ben Stiller! I mean, it has four and a half stars on Amazon out of 1,772 reviews. I found that the first movie was cleaner than the second. But Night at the Museum: Secret of the Tomb was worth a watch too.

Our whole family watched this one. I didn’t think the boys would be interested and wondered if Clara would be too young, but they surprised me! A trick of mine is to just start playing a movie and let it catch their eye instead of having a family “discussion” about what we watch, haha!

The Spy Next Door

Our whole family loved this one and talked about it for a couple of days. Jackie Chan is lovable and shows off his martial art skills in a humorous way for the kids.

Common Sense Media says: (8+) Jackie Chan family flick high on stunts but low on laughs. (We disagree. It has 4 stars out of 1,044 reviews on Amazon so clearly a few people like it!)

Beethoven was super cute. If you’re a child of the ’90s, you’ll feel right at home with the dress and decor! There was some violence at the end, so this one was a little more iffy. Even my husband say through this one! We plant to check out the rest of the movies in the series and I’ll update this afterward.

Alexander and the Terrible, Horrible, No Good, Very Bad Day

This one is action-packed and super funny! I wouldn’t even mind watching it again. We were all laughing out loud. It makes you want to bond with your family, definitely a feel-good film

If I remember clearly, there were only two parts that bothered me on this one. One, the daughter takes too much cough syrup and gets sick. And at very end, just before the credits, it’s implied that the parents accidentally hired two mail strippers instead of cowboys for a birthday party. Nothing is shown and it was over my kids’ heads.

This series is for older kids but the inspired work of C.S. Lewis comes alive in these films. We watched the first one, but I think the other two are too intense for my guys still.

Diary of a Wimpy Kid

Also for older kids — because let’s be honest, the little kids are easy, it’s the tweens that are hard to find films for! — the Wimpy Kid movies are really funny. Luca has read some of the books, so he really liked them.

There IS boy humor and I’d prefer to avoid it all together, but what can I say? They ARE boys! :)

This is a funny, not-serious, easy film for the fam. We thought both films were worth a watch.

You might have watched this in the ’90s, but if you have older kids it might be time to revisit this classic. It has all the things boys love — adventure, boy gangs, bad guys vs good guys, food fights, silly name calling …

Buuuuut with almost 3,000 reviews this movie has four and half stars on Amazon soooo …

This is the only serious drama I’ve included. Marcello and I felt impacted by it ourselves. I watched it with our eight year old son, but he is not overly impressionable from TV. It sparked some great family discussion about God.

Common Sense Media says: (10+) Parents need to know that Miracles from Heaven is a drama based on the real-life experiences of a Texas family whose daughter suddenly develops a debilitating, mostly untreatable illness. Her mother (Jennifer Garner), who faces a crisis of faith over the situation, fights fiercely for her daughter’s survival; the movie focuses on the ways that such a situation can strain even the strongest family. Ultimately the message is that maintaining your faith that things will work out is both difficult and necessary. There’s no drinking or sex and very little language (“oh my God” and “sucks” are about it), but characters argue and get very emotional, and some of the scenes featuring very sick children could be unsettling for younger viewers. One child is also involved in a serious accident late in the film.

I’ve discovered a way to watch movies for free on Amazon!

Amazon Prime subscribers can choose “no-rush shipping” for a $1 reward for digital items. If you’re not in a hurry for something, just select this. It adds up and you can rent a movie for free!

What are your family’s favorite movies? I’d love your suggestions! Leave them in the comments below.

And here is the cheapest movie theater room ever. And we use it almost every day!

This site contains ads and affiliate links. 20 percent of proceeds earned from my blog are donated to charities for children and clean water.

Still organizing over here! I finally got the righ

I have painted every square inch of this photo! Ev

A couple weeks ago I turned a tiny closet holding