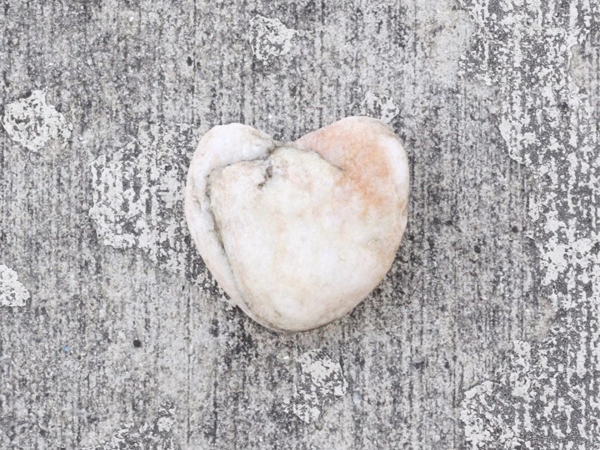 A week ago I had a dream about Jesus. It was very real and vivid. I’m not sure if it was from the Spirit or not; I’ve never had a spiritual dream before. But I can’t get it out of my mind and continue to think about this very short dream without end.

I prayed a heart prayer to God as I drove. I’m not sure if it was aloud or in my head, but I prayed the Lord would reveal his son to me in a new way. I prayed that I would find what I am missing and be so full of love for Christ that it would spill out of me onto others. I wanted to have a passion and realness about him in my heart so that I could share it. You can’t share something with someone you don’t have. Here are some reasons this dream could have been an answer to prayer:

God encourages us to ask for wisdom. “If any of you lacks wisdom, let him ask God, who gives generously to all without reproach, and it will be given him.” (James 1:5)

God wants us to know him. “And this is eternal life, that they know you, the only true God, and Jesus Christ whom you have sent.” John 17:3

God says if we pray according to his own good will, the answer is yes. “If you abide in me, and my words abide in you, ask whatever you wish, and it will be done for you.” (John 15:7)

God wants us to tell everyone about Jesus. “And he said to them, “Go into all the world and proclaim the gospel to the whole creation.” (Mark 16:15) So now the dream.

I was in the passenger seat of a car at night in a woodsy area. The car was crashing, but all I saw was grass lit by headlights headed for my face. I thought I would certainly die.

Next thing I knew I was back in the moving car, like nothing had happened, looking out the passenger window. I looked out at the dark woods and saw a man in a deep purple robe standing at the side of the road with the hood up loosely. It was Jesus!

When I saw his face I knew it was him and began to leap in my seat with excitement. My window was down and I wanted to jump out of it to get to him! I saw his face and the look he gave me is what continues to stir my soul. He looked at me and with one facial expression was a mix of:

It was a subtle smile, but more complex. A knowing smile, almost as if he were tickled that I was so excited to see him, like if you looked at your spouse from across the room at a party and nodded at each other. His personality was multi-dimensional and devoted and strong and witty and good-humored. Honestly, he looked like a person you could easily talk to. Yes, it was a quick glance but I still felt all of this and more. It was such a powerful exchange I can’t stop thinking about it.

Have you ever pictured Jesus like this? Sadly, I have not. He wasn’t there to give me a lecture or tell me to be better. He rescued me from the dark woods and from certain death. He knew me like a life-long best friend. He was even elated that I wanted to be with him so much! That’s the part I’ll never get over.

There are millions of Christians. Who am I in that mix? How could he possibly have time for me. Apparently he does. Apparently he has time to rescue me, get to know me and delight in me knowing him. I cry if I think about it. This is what I have been missing in my relationship with him — a personal and real connection. He is more than a king and redeemer. He is also my loving and dear friend. And he is yours too!

I can’t tell you if the dream was real or not, but I did find what I was looking for, that connection I had prayed for. I think this is a real turning point for me. The next day I heard a message mentioning the story of Peter jumping off the boat to swim to shore when he saw Jesus because of his excitement and love. John, the author of the verse, even defines his own identity by Christ’s love for him.

“That disciple whom Jesus loved [John] therefore said to Peter, “It is the Lord!” When Simon Peter heard that it was the Lord, he put on his outer garment, for he was stripped for work, and threw himself into the sea. The other disciples came ashore in the boat.” (John 21:7-8)

That is the same feeling I had in that car. I literally wanted to jump out of the window of a moving vehicle (even though I had just feared for my life in the same vehicle) to be next to him. Jesus radiates love that penetrates even stubborn hearts like mine. He is love. The final time I heard it was on Sunday, in a parenting class at church. I thought “Oh, he must know that I really need this. Maybe I’m not being loving enough to my children. Maybe I’m not teaching them to love by my own actions …” On reflection, I see the truth! He wasn’t reprimanding me, he was telling me he loves me and wants me to love him!

Love. Love. Love. That is his message over and over again. This theme has been so strong in my life the last two weeks I’m about to explode. That’s what’s going on with my DIY project this week — “they will know us by our love.” And this Instagram post. And talking to strangers and doing kind things for them. And smiling like a weirdo at anyone who looks at me! I need to share this radiant, joyful love. They need to know this love Jesus has.

So there is my prayer, my dream and his answer. I prayed that I would be filled so full that it would spill out of me onto others, and that is what compels me to share this dream with you — even though I would really rather keep this in my personal prayer journal. “Beloved, let us love one another, because love is from God; everyone who loves is born of God and knows God. Whoever does not love does not know God, for God is love.” — 1 John 4:7-8

Have you ever had a dream you thought to be from the Holy Spirit? I want to hear all of it. And one final thought: Don’t forget what you pray for and wait expectantly for his response! It might look different than you think.