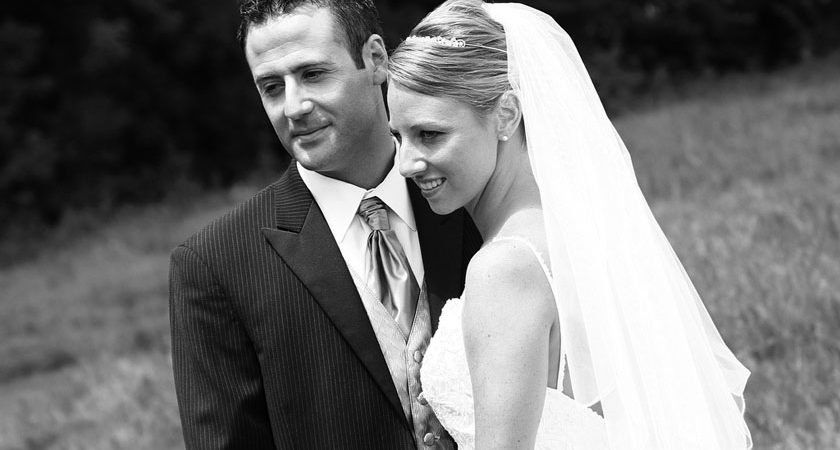 Marcello and I have been married 10 years. That’s a short amount of time to some and a long amount to others, but either way a lot happens in the first 10 years of marriage. You go from being a “me” to a “we,” and that doesn’t come without challenges, compromise and work. The past year of our marriage has been the absolute best so far and there are some very specific reasons for that. Today is the first in a four-part series I am writing on what has made such a powerful impact on our marriage. (And I won’t be describing how wonderful our relationship is. In fact, I think I end up looking like a jerk in every post!)

A year and a half ago my friend Ashby told me she’d like to start a monthly praying wives group. She didn’t get the words out of her mouth and I said I’d host it. Through this group’s studies, I have learned more about marriage in the last 18 months than I have in the other eight plus years combined. My attitude and demeanor have changed dramatically toward my husband and it had nothing to do with what I was receiving from him. It had everything to do with digging deep within myself and adjusting thought patterns and strongholds that didn’t line up with God’s word.

This series is a summary of what I have learned during this time. These things have significantly altered our relationship and everyday life. There is an easy laughter nowadays that goes along with trying to serve each other instead of trying to be served. You and I both know I’d be lying if I said we never disagreed and every day was tension-free. That’s just never going to happen this side of heaven with this sassy pants and that natural debater!

Here is what we are going to cover in a four-part series over the next several weeks, starting with today with part one.

15 secrets to a lasting marriage

As the series unfolds, some of these ideas you might not have heard, some might seem old fashioned, yet try to take them in with fresh eyes. Read them with your own behavior in mind, not your spouse’s. Think about how these can apply to you and what you need to work on, not what he needs to work on. Pinky promise?

And while I’m being bossy, I’d ask that you not skip over reading the few scriptures included. My words have no supernatural power to speak to your soul, but His words do. Ok, I’m done, go grab a cup of coffee and let’s get started.

#1: Put God in the center of your marriage.

When a marriage is built on the foundation of God it is strong and will withstand the storm. You can also think of it as a braid. You and your spouse are two strands, and that is stronger than only one strand, but weave in the third strand — God — and you have a braid that is thick and not easily broken.

Marriage was created by God to be a tangible representation of his relationship with his people. It is meant to point toward him and advance his kingdom. It’s no wonder that when we leave God out of the union he created that it flounders. Pastor Tony Evans put it like this in one of his sermons: “Marriage has a warranty under God, but you have to go to the manufacturer to get it fixed.”

In order to take our problems to the maker, we have to open a line of communication and that is prayer. Pray earnestly with and for your spouse. The most powerful book I have read on prayer in marriage is “The Power of a Praying Wife,” by Stormie Omartian. (If you need any convincing that prayer can change marriages, you need this book.) She says:

“A wife’s prayers for her husband have far greater effect on him than anyone else’s, even his mother’s. (Sorry, Mom.) A mother’s prayers for her child are certainly fervent. But when a man marries, he leaves his father and mother and becomes one with his wife (Matthew 19:5). They are a team, one unit, unified in spirit. The strength of a man and wife joined together in God’s sight is far greater than the sum of strengths of each of the two individuals. That’s because the Holy Spirit unites them and gives added power to their prayers.”

Some of us don’t have believing spouses. What then? The Bible says in 1 Peter 3:1-2 that “they may be won over without words by the behavior of their wives, when they see the purity and reverence of your lives.”

I have witnessed this first hand in my own marriage. My husband wasn’t an unbeliever, but he didn’t read the Bible or, in my eyes, appear to be growing in his faith. Meanwhile, I was in the middle of a faith growth spurt and thought he should have been too. But it doesn’t work like that, and changing the radio station in his car to worship music or shaming him to read his Bible did not help. In fact, it only did more damage because his instinct was to push away what was being forced on him.

It was when I stopped worrying about what he was doing, started praying for our relationship and casually sharing what I was learning that things started to move. He started taking his Bible to church. Then he started reading it. He joined a men’s Bible study. It wasn’t overnight, but step by step was won over by the change and softening in my actions (not words) and responded.

Though one may be overpowered, two can defend themselves. A cord of three strands is not quickly broken. — Ecclesiastes 4:12 #2: Get your priorities right.

The order goes: God, spouse, kids, everything else. This is a tough one, I know. And sometimes we don’t even recognize when the order is scrambled. It’s easy to mix up the top three, without even adding in extras like money or career or passionate hobby.

I think for parents with young kids, the priorities can easily end up with children at the top, maybe even God second, and the marriage takes a seat on the back burner with intentions to tend to it later. But this is a dangerous mindset. Therapist Donald Harvey states, “Couples who place their relationship in a high-priority position have the greatest potential for achieving what they want out of the marriage. Those who do not have a lesser potential. It’s as simple as that.”

What is your current priority order? Is something taking the place of God in your life? Do you give the number two position to your spouse? When we’re feeling negative and unhappy it’s usually because we have mixed up our priorities. I have these five ways to detect idols written in the margins of my Bible from a sermon at church.

To detect idols, look carefully at your:

It’s easy to let our kids become all consuming or look to our spouse to fulfill all our hopes and dreams, but God is the only one who can fulfill you and bring you true, unshakable joy. Would you say you have a joy that resides deep down within, no matter the circumstance? If you don’t have joy in your life, it is because you have not made God the number one priority in your life.

You must not make for yourself an idol of any kind, or an image of anything in the heavens or on the earth or in the sea. You must not bow down to them or worship them, for I, the Lord your God, am a jealous God who will not tolerate your affection for any other gods.  — Deuteronomy 5:8-9 #3: Focus on your issues instead of his.

This is not a popular concept because it’s much easier to focus on someone else’s perceived issues instead of your own. But what if God designed marriage to make us holy more than to make us happy? What if marriage is to shape us to become more like Jesus than fulfill every fantasy we’ve ever had about love? That’s the focus of Gary Thomas’ book “Sacred Marriage.”

“The key was that I had to change my view of marriage,” Gary says. “If the purpose of marriage is simply to make me happy and enjoy an infatuation (which neuroscience suggests lasts a mere twelve to eighteen months), then I’d have to get a new marriage every two or three years. But if I really wanted to see God transform me from the inside out, I’d need to concentrate on changing myself rather than on changing my spouse. In fact, you might even say, the more difficult my spouse proved to be, the more opportunity I’d have to grow.”

It’s not easy to stop blaming and start focusing on your own strongholds, but if you don’t address them, how will you ever get to the root of the issues? Ignoring them doesn’t make them go away or hide them from your spouse. Over time, marriage exposes who you truly are. It’s like standing in front of a mirror naked. Your spouse will see the things no one else sees, the things that you try to keep in the dark from friends and family — a nasty temper, deep anxieties or shame. In fact, some people leave a marriage not because of their spouse’s flaws, but because they do not want to expose and face their own strongholds.

So what happens when you work on yourself and pray for your spouse instead of verbally critiquing them? I can tell you from my own experience that as I allowed God to work in me — addressing my own behavior and anxieties— my husband’s attitude and actions followed suit and changed as well. I saw that he was willing to work on his issues more when I wasn’t constantly addressing them, because I was busy focusing my attention to my own repeat sins. This cycle is much sweeter and loving than finger pointing, I assure you.

You can’t change someone else, you can’t. But God can. What you can do, however, is develop an intimate relationship with your Father in heaven, and when “that relationship is right,” Gary says, “we won’t make such severe demands on our marriage, asking each other to compensate for spiritual emptiness.”

This post contains affiliate links. Thank you for supporting this blog!

17 thoughts on “Part 1: How to make your marriage last”