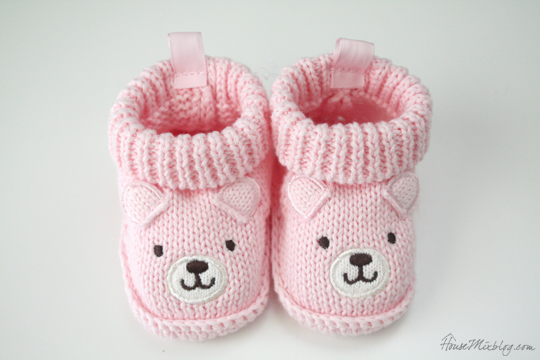 We’re having a girl! I’ve known for awhile, but it’s just now starting to sink in as I begin to work on her nursery. After two boys, it feels very strange to be buying pink!

Actually, I had a strong feeling it was a girl from the time I found out I was pregnant. I had those feelings about the boys as well. I just sort of knew — or I’m an excellent guesser and happened to get it right three times!

Anyway, because I’m 35 (advanced maternal age, ahem) I took a chromosomal blood test when I was 10 weeks along and the results came back girl (as well as normal chromosomes). Is that nuts or what? They can check the baby’s chromosomes and gender only from drawing blood from my arm as early as 10 weeks! I asked my midwife if they’ve ever been wrong, and she said of all the tests they’ve done it’s only been wrong once. It was a lab error of some sort. It’s supposed to have a 99.4 percent accuracy rate. That sounds pretty darn accurate, but my old fashioned mind was still waiting for the ultrasound.

(By the way, when I tell people I have a midwife, they usually think I’m having a natural birth someplace outside the hospital. But did you know there are midwives who practice at hospitals as well? They offer epidurals and drugs when needed/requested and a doctor is available in case of emergency, but midwives spend more time with you and aim toward a vaginal delivery. My point is to recommend that you not overlook these wonderful, helpful people. It’s worth finding out if you have a midwife at your hospital when choosing your prenatal care. I LOVE mine.)

We had some funny reactions the day of the ultrasound. My sweet-as-they-come grandfather was with us but refused to come in the room. He’d faint, he said. I explained he would only see a black and white image of the baby, but he said no way. My, how times have changed! I wonder what it was like in my grandmother’s day.

Then, Luca, who really wanted three boys, was not a happy camper when the ultrasound technician said “It’s a girl!” He crossed his arms and wrinkled his little nose and brow in protest. He’s coming around, though. I convinced him that she’ll think he’s hilarious and listed all the things he’s going to teach her. “I guess I won’t throw her in the pool then,” he said. Perfect. He wants to name her Jelly.

I have it in my head that she’ll be more calm than our boys and maybe tone things down a notch. And that she’ll be a good sleeper? So we can have just one baby who sleeps well? But every single time I have gone in for a checkup, I hear “she’s so active.” Oh girl.

3 thoughts on “We’re having a baby girl!”