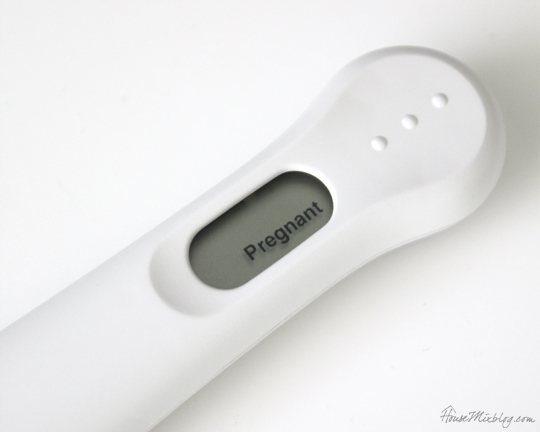 When you take that test and it’s positive after countless negatives, it’s thrilling! There’s jumping up and down and hugging and celebrating. And then the morning sickness sets in and changes the mood a little. Or in my case this time, a lot.

A few weeks ago Marcello and I took the boys to the park to burn off some of their boundless energy. For me, morning sickness was in full force, but I couldn’t stand to think of being in the house a minute longer. I sat on the bench and watched Marcello chase after the boys.

On the bench next to me, a mom put sunblock on her son. I asked her how old he was. She didn’t respond. I guessed she didn’t hear me. Then when he started picking up rocks, I smiled at him. She ignored me, took his hand and pulled him away. That was pretty harsh, I thought. But my stomach was so upset I didn’t have the energy to think about it too much.

Later, I told Marcello about the mom ignoring me. He said she probably thought I was on something or hungover from the night before! “You look like you could throw up at any minute,” he said, laughing. “Seriously miserable.”

That made me laugh, but there’s not much else about morning sickness I find funny during this pregnancy.

This is my third pregnancy, and by far the most intense. My first two pregnancies were similar, though I was slightly more nauseated with the second. By week eight, I had low-grade nausea most of the day until my second trimester.

But this time, I started getting waves of nausea at three and a half weeks! By week six, I was nauseated all day and all night, making it hard to function (hence the infrequent blog posts). In the early days I didn’t want to move or talk or eat. Each bite of food was (and sometimes is still) a struggle to keep down. I felt the best laying completely still in my bed, which isn’t a frequent possibility while staying home with a two and three year old. I cried in the evenings. I felt worse by the day and it affected me in unexpected ways.

One Sunday afternoon I panicked. I knew Marcello was going to work in the morning and I didn’t know how I would make it through the day by myself with the boys. I was considering putting them in daycare I was so sick. I just couldn’t handle day-to-day tasks, so I decided to call doctor’s office to ask about medication. My midwife put me on Zofran, which helped enormously, but didn’t make it go away. I still got sick sometimes and the nausea never left, but it was much more manageable.

Even with the medication, I felt depressed and apathetic. Feeling sick ’round the clock makes it hard to see the small everyday beauties and enjoy funny little moments. It’s inescapable and relentless. Days dragged on forever and felt as empty as my rebellious stomach. It’s not my nature to feel this way. I don’t have a tendency to feel blue, and my fall was long and hard.

Can I be very honest with you? I would have hoped my reaction would have been: I would walk to the ends of the Earth for my little child. I already love you completely.

Instead, in the throws of it, I was hardly thinking about my little child at all. I focused on what I might eat without gagging, what I could make for the boys to eat without gagging, how many hours until they they went to bed, and how many days away I was from my second trimester — which would surely hold some relief.

Guilt wove its way into all of these other feelings as well. Guilt for letting morning sickness steal my excitement of a new baby. Guilt for losing my temper with the boys, who don’t understand I’m sick. Guilt for making Marcello do most everything. Guilt for just not being a very fun person to be around.

One particular evening I was able to eat a little dinner, and I was feeling slightly better than usual. I was still perched on my usual spot on the couch, but was laughing and giving Marcello a hard time. “There you are,” he said. “I lost you for a little while.” It showed me what a drastic personality change I’ve had over the past few months.

I know as the nausea wears off the old me will come back. And even with these unwelcome feelings, a grateful heart lies underneath it all. It gets buried some days, but I’m learning to be joyful in all circumstances and am hopeful I’ll be stronger and more compassionate because of this.

I might not be shouting from the rooftops, but I am ever thankful to God for never leaving my side and giving us this new life. I have cysts on my ovaries (Polycystic Ovarian Syndrome) and have difficulties getting pregnant, believe it or not. Each of our children are miracles to me.

Did you have morning sickness? Did it knock the wind out of you?