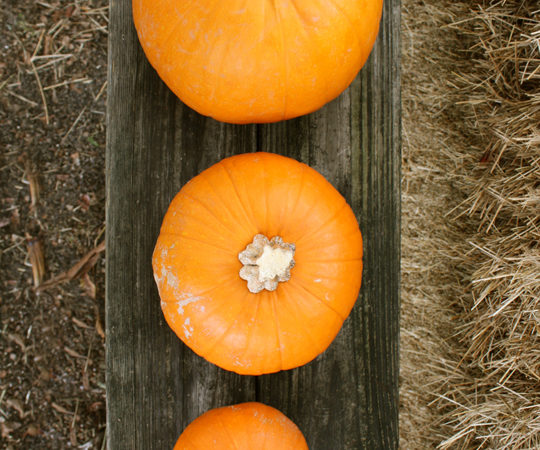 I’m excited to tell you that we’ve got a third little pumpkin on the way!

I’m in my second trimester now and it’s starting to soak in. Marcello and I gave the boys the news. Adriano, 2, didn’t really understand. Luca, 3, wasn’t on board until I told him he could hold the baby. He thought that sounded like a good idea, though he refuses to accept there is a possibility that the baby might be a girl. He’s certain it’s a boy, and he’s naming him Adri II. I took some pictures of the boys in the pumpkin patch in their Halloween pirate costumes. My idea was that they would each hold a pumpkin and then I would set a third, smaller one next to them. That didn’t work.

The only way I got any of them sitting next to each other is because the pumpkin patch ladies gave me little lollipops to give them! We had to leave when they started rolling pumpkins off the pallets and throwing straw :/ This pirate insisted on dragon boots with his costume. Pirate costumes are from Costco.