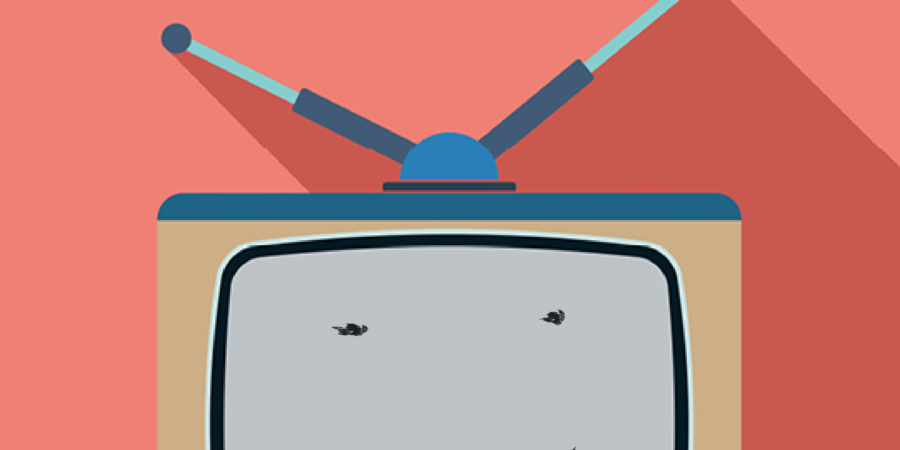 I have not watched all preschool shows, and I have not seen every episode of the shows listed here (thank heavens!). These are just some ideas to help moms and dads also looking to guard what their impressionable little ones are watching.

Luca didn’t know what a monster was until I let him watch a couple of kid shows he was too young for (even though the show guidelines suggested otherwise). I regretted it and realized that once he sees things they’re stuck in his little brain. I can’t take it back.

He doesn’t remember the “moral” at the end of the story when he’s laying in his bed trying to fall asleep. He doesn’t remember that the show was demonstrating that menacing shadows on walls can come from everyday objects. Instead, he remembers the scary, monster-like shapes they showed forming on the wall beforehand.

The same goes for adventure and intense characters. I wanted to like Nick Jr.’s Peter Rabbit show badly. I love the idea of getting the boys interested in Beatrix Potter’s beautifully written classic, but it’s just a bit intense for them yet. I mean, I’m intimidated by Tommy Brock (the badger) and Old Brown (the owl)! He actually loves watching it, but won’t stop talking about the scary guys trying to eat Peter Rabbit.

And why do most series feel the need to include ghost, witch, campfire, halloween, scared-of-the-dark, and wizard episodes?

I try to avoid episodes that involve ghosts, monsters, “spooky” anything, and all Halloween episodes, really. (And by the way, changing the word “scary” to “spooky” doesn’t help.) Instead, I focus on finding the shows that are clean and simple. Why shouldn’t preschool shows be cute shows that are funny and sweet? Their little hearts don’t need grown up story lines and ideas yet.

My other stumbling block is that my 3 year old has sophisticated taste when it comes to TV — and cheese, but that’s a topic for another day. He won’t tolerate people in silly costumes dancing around or puppets talking to each other in funny voices. No, he needs a plot and some humor or nothing at all.

So these are the shows we can agree on at the moment. These are my boys’ (ages 2 and 3) favorite innocent preschool shows: My boys love this show, but it’s my favorite. Creator Astley Baker Davies must be hysterical because this British show combines a bit of dry humor with over-over-the-top, snorting humor. They literally snort — they’re pigs! At the end of every episode the all fall on their backs laughing. I have actually found myself relating real life episodes with Peppa Pig. I might have a problem. My only gripe is that I wish they were longer! They’re only 10 minutes, but that means they’re great for “Ok, one more show before bed and that’s it.”

My kids both love Diego. It’s usually informative and innocent, but some of the later seasons get a little weird. They get into magic with a “mean magician,” and then there’s another episode all about how mermaids used to be manatees. Did you know that? It was news to me. I was bummed that they went this route because the earlier shows are factual and teach kids about animals. Luca, for example, knows the difference between humpback and orca whales and calls them accordingly because of the show! I’m keeping the early seasons on my list.

Justin, Squidgy, and Olive go on adventures all around the world at different points in time. It’s imaginative, fun, and yes, even educational. As an adult, I appreciate the super stylized art direction by creator Brandon James Scott, but Luca asks me regularly what Squidgy, the yellow sidekick is. I still have no idea.

What’s better than dogs using different cars and gadgets to rescue people? Not much, according to Luca and Adriano. The almost-too-cute dogs show team work and problem solving. Luca thinks it’s called Papa Troll, which makes me laugh.

Daniel Tiger carries on Mr. Rogers legacy in this adorable show that teaches kids things like how to use the potty and that grown ups come back. They use catchy little jingles to get the message across. Actually, when my boys balk at trying a new food, we always sing Tiger’s little jingle “It might taste gooood.”

Calliou may annoy parents, but kids love it. I laugh to my husband how the narrator is constantly saying Calliou is “disappointed” or “upset,” but the show offers good lessons, and I like the way the whole family interacts. Don’t tell anyone, but I’ve even taken a couple of parenting tips from Calliou’s way-more-patient-than-me parents. In one episode, two boys are fighting over a fossil they found. Each of them wanted to keep it. “Now what’s Calliou’s dad gonna do?” I thought. He had them donate it to the library. “Eh, not bad.”

Above, are my boys’s particular top picks, but these shows are also great with no violence or scary factor:

Here are some more fun shows that are too cute to pass up completely! I select certain episodes from:

We watch our kid shows primarily from our Amazon Prime and Netflix accounts that I stream from a Roku. I like this system because I can read the summary of a show before I play it. It’s more deliberate TV, if that makes sense. Also there are no commercials this way, and as a reader commented on another post, the commercials can be as bad (if not worse) as the shows we avoid! For more on our TV system that saves us $50 a month, go here.

What are your kids’ favorite shows? What makes you change the channel?