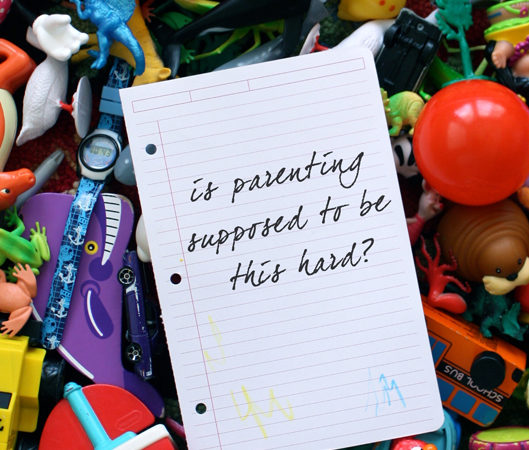 I wasn’t going to post this entry because I can’t say that it has a moral at the end or even uplifting reflection. But I felt God might be asking me to share.

The boys were both fussing in their cribs during nap time, and I really couldn’t take much more at that moment. I needed a minute to take a shower and maybe, you know, actually get dressed by noon. I prayed aloud, “God, I need you to help me. Please, please, please. Help them to sleep. Did you mean to make raising children so hard? I’m beating on your chest asking you for help. I can’t take it.”

My best friend, Ashby, and I have a joke that God choses not to answer our desperate sleep prayers. It’s not true, and in the most desperate times He has orchestrated a way to let me rest, but it sure seems like a lot of those “sleep prayers” go unanswered! I hate to admit that I have probably not prayed for much else so fervently as I have for those to little ones to sleep.

After this last prayer, I decided to step into the shower even though they were both crying. I might have gone crazy otherwise. As I waited for the water to turn hot, I told God that if they were done screaming by the time I got out of the shower, I would share this story. (After all, I needed a minute to write it!)

I don’t believe in testing God, but I needed a sign. Why wouldn’t I want to share this post? Because I don’t want to complain just to complain. I don’t want to sound as if I feel sorry for myself or ungrateful for my children. But I would like to share it if another mother can relate to how hard parenting is. I had no idea how challenging it would be. It’s testing me on every level:

So when I got out of the shower, I opened the bathroom door to stick my ear out. Not a peep. Odd. Very out of the ordinary. So I am writing this post, as I feel God has answered me.

Last week was difficult for me as a mother. Marcello was at a week-long conference, and that means it was just Luca (almost 3), Adriano (18 months) and me 24 hours a day.

I started our week out with a good, can-do attitude. I made sure to go to bed early so I’d be prepared for the 5:45 a.m.wake-up call. I cut up fruit, toasted toast, scrambled eggs for breakfast. I started organizing the garage that still holds boxes from moving while the boys napped. I hung art and organized Luca’s new room for him. I even cooked an actual dinner each night. I was determined to have a good week.

Then some things happened. The boys made a mockery of my crafts and activities. Coloring and sorting pom poms went well at first, but then Adriano started coloring the table and Luca started launching the pom poms everywhere.

Next, in an effort to keep Luca busy while Adriano took his nap, I decided stringing cheerios on a piece of yarn to make an edible necklace might be fun. I strung four cheerios and he ate the rest.

Not to be discouraged, the next day I put some play sand in our water table in the yard. They played in the sand with trucks and animals for a few minutes and then decided flinging it at each other was more fun, but then got mad at each other … and started hitting and yelling. After I broke that up, they decided to put grass and pull petals off some poor flowers to add to the mess. All of this was happening with me saying “No, boys. Luca, be sweet. Adri, play nice. Don’t pick the flowers or we can’t look at them anymore. No!”

“Sorry, mama,” Luca says as he tried to brush sand out of Adriano’s hair. “No!” yells Adriano, assuming he’s being assaulted, and gives a hit in return.

“That’s enough,” I say, “We’re going inside.” Then the screaming and fussing erupted because they don’t want to go in. They were filthy with dirt and sand and I was trying to weigh if it was worth it or not.

Meanwhile, Adriano has hit the 18 month sleep regression stage. Google tells me that it is common at 18 months to teeth, have sleep regression, and start having strong opinions about things. He has always been great with naps but now, all of a sudden, he refuses. He’ll fuss hours if I let him. This means I have not a minute to myself the entire day.

Sure, I’ll squeeze in sending an email or updating a graphic, but I have to keep my eye on them at ALL times. If I don’t, I’ll encounter something similar to the following scenarios:

The next day I figured we’d better get out of the house. I thought we’d take a trip to the grocery store and then we could stop by a park or somewhere to walk around. But all they did was yell in the grocery store. Luca didn’t want me to go down the paper towel aisle. (Because clearly paper towels are menacing.) Adriano didn’t want me to sing the ABCs to distract them and let me know with his favorite word: No!

I didn’t even finish my shopping. I just headed for the checkout. When the sweet lady bagging the groceries smiled at them, Luca gave her a pirate scowl where he half closes one eye and wrinkles his little nose. “Luca, don’t do that,” I say. “It’s … weird.” So she turns to sleep-deprived Adriano and says “And how are you?” He gave her a dirty look with his red eyes and furrowed brow. “Sorry, they’re cranky today,” I say.

By midweek, I was loosing steam. And then they started to get sick. First, Adriano had a fever and had me up all night. I fished out the Pack ‘n Play from the garage in the middle of the night and set it up in my room so I didn’t have to keep going back and forth. After I’d been up all night, Luca was up and awake at 5:45. Oy.

A day or so later, Luca starts to get sick. He has an even higher fever and has a hard time sleeping, as well. So now I have two sick babes, running on fumes myself from not sleeping, and a very messy house. They are both refusing to eat because they are sick, so no eggs or fruit for breakfast. Why bother with dinner, they won’t eat that either. They’re eating Goldfish and watching too much TV. We can’t go anywhere or have anyone over because I don’t want to spread germs. What’s the point of coming up with activities when they don’t do them? I’m too tired to come up with one anyway.

They’re sick, but they’re not too sick to ask for milk or need to go to the bathroom every 2 minutes. They’re not too tired to fight over toys. Any toy. A lid from a bottle of puffs? Yes, they did.

And the cherry on top — a knock a the door. It was the previous homeowner. Perfect. She wanted to pick up some mail Marcello had called her husband to get over a week ago. I am in pajamas, zero makeup on, and have unwashed hair. Her house that she loved had toys tossed scattered across the floor and dishes piled up beside the sink. Like Adriano, my response was: No! I literally said “No!” when I saw her! Her eyes narrowed in confusion. “You can’t see the house like this,” I blurted out. “It’s a mess, not even unpacked. The boys are both sick. I haven’t even gotten dressed today.”

Fortunately, the fevers kept her from coming in, but once again, I got a lesson in pride.

By the end of the week, I was destroyed. I thought they might break me. Marcello heard it in my voice and was able to cut his trip short by a day. I was so very grateful and in bed, sleeping, within half an hour of his arrival. I slept like a rock for three hours and still went to bed early that night.

All this brings me to my question. Maybe you’ve asked it yourself. Is parenting supposed to be this hard?

6 thoughts on “Is parenting supposed to be this hard?”