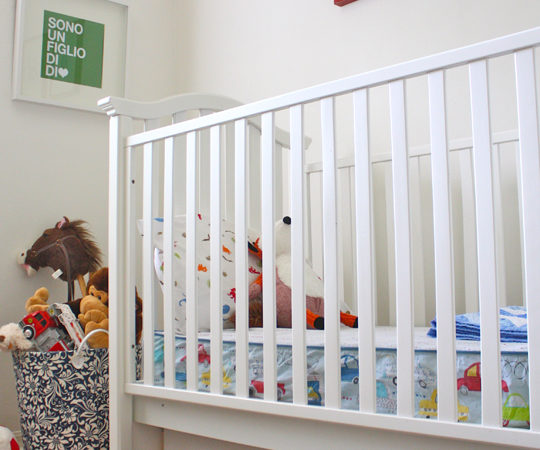 The boys each have their own rooms in our new house, which is amazing. The walls in both rooms were beige (along with everything else in the house!) when we moved in. The first thing I did was paint both rooms white before we put in the beds.

This morning I finally got around to working on Luca’s room — hanging art and putting in some of his things. Here’s a look at where I’m at so far, though I don’t think I’ll add too much more because I kind of like the simple spareness of it. That’s my opinion today, anyway. I took a picture. I have proof. The room was clean and put together. It’s been 2 minutes. Operation Destroy may commence.